My name is Jesse Starkey and I'm in my final semester of my M.S. program in the Entomology department. I'm being advised by Dr. Etya Amsalem on my work that focuses on the evolution of reproductive division of labor in social insects. 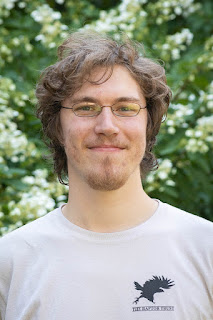 Originally from Montebello, New York, my interests in entomology did not begin when I was younger (although I was interested in animals and the environment). Starting out interested in birds of prey, wildlife management, and the reintroduction of native species to the U.S, my interests shifted towards entomology after participating in a summer REU (research experience for undergraduates) at the Mountain Lake Biological Station where I was able to work with my current favorite insect, the bumble bee.

I obtained my bachelor’s degree in Environmental and Sustainability Science from Cornell University. During the latter part of my undergraduate career I became interested in the evolution of social behavior in various systems, insects being the most prominent. However, with little to no experience working with insects in general I figured it would be a good idea to put myself out there and work with the system before I journey forward with my education.

After completion of my degree I worked with Purina on developing a alternative honey bee protein supplement that has since made it to market as Hearty Bee. Since then I've returned to my roots as a budding entomologist and began studying aspects of the evolution of eusociality in insects, which led me to the Amsalem lab were I currently work.

I'm excited for this course because as a scientist I have an obligation, that often goes ignored, to convey the ideas and discoveries in the field to friends, family, and the community in a way that facilitates interest and growth. This class seems like a great opportunity to hone my ability to do this.